The Big Green Egg stands alone as the most versatile barbecue or outdoor cooking product on the market, with more capabilities than all other conventional cookers combined. From appetizers to entrees to desserts, the Big Green Egg (BGE) exceeds all of expectations for culinary perfection. Unfortunately their product manuals did not exceed any expectation. And as the product has to be fully assembled by the client, this sometime did cause quite a lot frustrations. That’s why Big Green Egg Europe contacted Manualise! Starting from scratch, we have developed 24 product manuals in 96 days, including a 180 degrees switch after two user researches.

For a long term of years, BGE accompanied their products (there are five models: mini, small, medium, large and extra large – all with several, mostly similar, features – ) with user and assembly manuals, written in the English language. Quite logical, as the product originates from the US and was mainly sold in North America for decades. With the foundation of a European headquarters (or eggquarters as they call themselves) this has come to change. The products attract chef cooks from all star restaurants across Europe. To better support all new customers, BGE decided to improve the manuals to the best possible level.

There were several requirements for the new manuals. First of all the manuals have to make use of illustrations as much as possible. In this way they will be understood in every country, regardless the language one speaks in the 28 export countries (the so called IKEA-style). Second, any possible text should be easily readable and should be written in a customer-friendly and comprehensive manner. Third, the manual should be very precisely regarding the assembly of all features, like tables, nests and handlers: all possible configurations have to be assembled in a correct manner. Fourth, all the manuals have to have a open and fresh image, which contributes to a positive product experience. These requirements together formed our challenge.

Figure 1: page out of the previous Big Green Egg manual

We, Manualise, proposed to start developing the manual of only one model first. This manual can serve as the blue print for all future manuals. The process for developing a manual, which fulfils the requirements, roughly can be divided into the following phases:

The Big Green Egg in its most basic form consists of the ceramic egg and the band, which connects the egg’s head with the ‘trunk’. The most important extra features are side tables, a nest and a handler. The exact combination of the features determines the correct assembly order (e.g. when chosen for side tables, precautions already have to be taken when connecting the egg with the band. And when chosen for the handler, precautions have to be taken when assembling the nest). This is why we decided that the first step in the installation manual had to be choosing the right configuration. This would result in the most fool-proof manual we thought. After considering some options, like a determination scheme, the overview page from figure 2 was chosen. The main disadvantage of this manual, caused by the product’s complexity, was going to be its thickness.

Figure 2: page with all the configurations of the Large Egg

To test the manual, a user research in both the Netherlands and the US has been set up. One of the most interesting findings is that almost none of the test subjects did choose the right configuration first. They simply started with section A while having ‘purchased’ section E or F. As a result, one of the subjects became frustrated and began reading the instructions from the manufacturer. The user research resulted in many small improvements on the manual. The biggest challenge, however, was to find a way to direct the user to the correct configuration.  Several options were considered. Eventually, two options have been picked out for another user research (see figure 4 for one of the options). Unfortunately also this time most test subjects did not go to the right section in the manual.

Figure 4: page with all the configurations of the Large Egg

Besides the navigation difficulties we took notice of, the amount of different manuals would become another disadvantage of the chosen setup. Besides one enormous master-manual, every box should contain its own manual, telling what to do when e.g. the tables should be assembled. We proposed a new, audacious, setup. Audacious, because most clients (especially the product development department) don’t want to be told by the manual makers that they should adjust the products. We proposed to do several small product changes, so assembling the eggs would become much more easy. As a result, the manual will be much easier as well. And it would be possible to divide the master manuals into five small manuals: for every box its own manual!

Figure 5: some pages out of the final manual

Summarized, the achieved results are:

Due to the great efforts of all parties, we were able to manage this project within the time limits og 96 days we agreed upon. A huge achievement, also when aware of the fact that the whole concept of the manual was changed. The first idea to create a complete assembly book did not seem to work. Therefore we had to change our thoughts and decided to make individual part assembly manuals, after doing some product adjustments. This project also proved that Big Green Egg US and Big Green Egg Europe are able to roll out projects together in a very professional way. This will opens doors for future project. The next project together will be the transformation of the Big Green Egg safety data sheet into 35 pictograms. 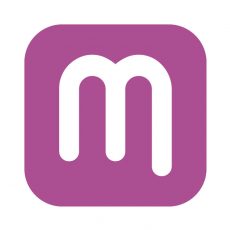